Articles + tips How to articles

We had spent a lot of time in motorhomes in France and in the greater parts of western and eastern Europe.  It is one of the best ways to travel in these countries, and extends our love of the outdoors and camping outside of our own backyard.  However, we really don’t like staying in official campgrounds that much.  We prefer to be off by ourselves, in nature, without all the people around us.  That’s why we get out of the cities in the first place.

In France, for example, we have found two great ways of not having to park up in motorhome parks.  In some instances, we use the Aires de Service, small areas run by the municipal councils, that provide basic facilities like fresh water and waste disposal.  They can also sometimes be used as free overnight stops for motorhomes.

We particularly love France Passion, a network of farmers and landowners, who open up their properties to those in campervans and motorhomes to stay the night.  It’s like wild camping for motorhomes. These are the opposite of the Aires, with no facilities, other than a beautiful, secure place to stay for the night.  Often, you can buy some local product from them as well.

So, we were thrilled when we travelled to Australia and found a similar network of landowners, who also open up their properties to people like us.  Australia is such a great country for road trips and camping that it just makes such sense to have something like this.

Youcamp was the brainchild of two landowners who realised one day that there are so many people on farms and large areas of land in Australia that are largely unused.  Youcamp has been around since around 2013 and locations are continuously added to their site.  With hundreds of these locations dotted around Australia, it’s the perfect way to get to meet some new people and spend some time on Australian farms and other properties.

Youcamp – great camping sites for campervans and tents in Australia

Here’s one we stayed at in a rural area just outside Brisbane, the capital of Queensland.  Whinpullen is the name of the farm, located 60 miles from Brisbane.  Here, a family lives, running horses and an indigenous skills camp for local youngsters.  Not far from their house, but far away not to be able to be seen or heard, they have divided up an area of land into campsites.  They really only let one family/group stay here at once.  If there were two groups of people known to each other that would be ok too.  This is just perfect for those who love peace and quiet. 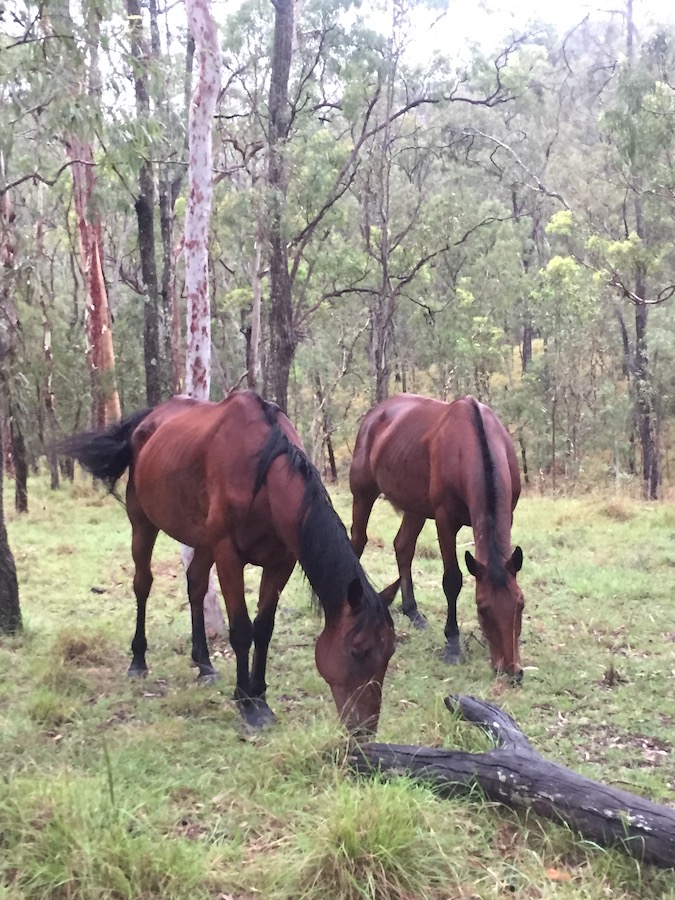 Because it is private land, there is no issue with having a campfire and there’s plenty of firewood to collect yourself.  This also aids the owners in keeping the area clean.  We couldn’t wait to cook in our dutch oven!

Youcamp is not free but it’s very inexpensive.  We paid AUD$11 per night each to stay here and there was no hurry for us to leave the next day.  All bookings for Youcamp sites can be made online.

Instant Pots: Why having an Instant Pot in an RV is a must

Buying or hiring the wrong RV for your trip There is so much that can be unplanned when going on..Read more

Instant Pots: Why having an Instant Pot in an RV is a must

Instant Pots in an RV Instant pot cooking in an RV is such a time saver.  We love cooking but..Read more

Cheap camping in Australia We had spent a lot of time in motorhomes in France and in the greater parts..Read more

Camping cooking essentials to help you camp in style and comfort

We love cooking and that doesn’t change when we go camping or road tripping in our campervan.  We don’t subscribe..Read more

I love doing up these kinds of lists because they work.  We all use some or all of this type..Read more

Dutch oven roast lamb When we go camping, we absolutely love cooking a roast in our dutch oven.  We have..Read more

Empyting portable camping toilets or the cassettes from your permanent RV toilets is usually a job that one person in..Read more

Why you should have a dutch oven in your camping kit

Camping doesn’t mean eating poorly.  Even though we are technically roughing it when we leave our home and head outdoors,..Read more

What to look for when buying a portable toilet

With so many portable camping toilets on the market, it’s easy to get confused with all the options.  Whilst many..Read more

“Best Camping Toilets” is a participant in the Amazon Services LLC Associates Program, an affiliate advertising program designed to provide a means for us to earn fees by linking to Amazon.com and affiliated sites worldwide.